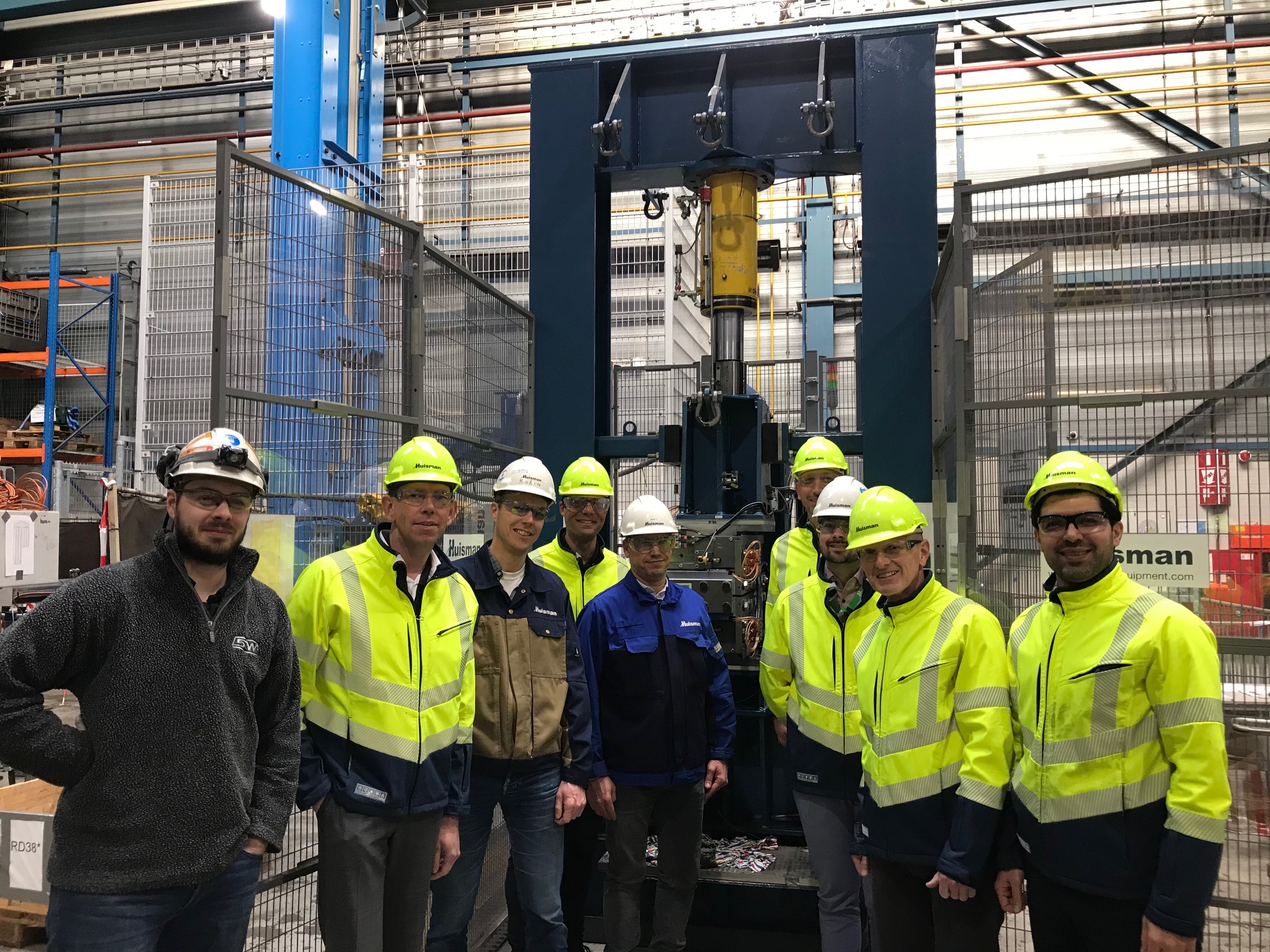 On the 12th of March, Huisman Equipment hosted a visit to the test set-up, which at the time had just been operational for little over a week. During these first days of loading and movement, the control and sensor systems have been validated and calibrated. This moment was to mark the start of the testing programme.

However, during the visit, the government of the Netherlands announced in a press conference, the measures that would be implemented to control the spread of SARS-CoV-2. Yesterday, additional measures have been announced by the government. At the moment testing is temporarily suspended.

Huisman Equipment and TU Delft are closely monitoring the situation, to determine when testing can be continued.